View source
watch 04:10
6 Reasons Sekiro Will Scratch That Dark Souls Itch
Do you like this video?
Play Sound

Sekiro: Shadows Die Twice is a third-person, action-adventure game with RPG elements, developed by FromSoftware and published by Activision. The single-player game puts players in the protagonist role of a hard-hearted warrior whose mission is to rescue his master, a young lord, and exact revenge on his arch nemesis. As "Sekiro," or the "one-armed wolf," players will discover the many ways to strategically approach combat and engage enemies.

Sekiro: Shadows Die Twice is set in a Japan of the Sengoku period at the end of the 16th century, a period of constant life and death conflict. Players take on the role of the "one-armed wolf", a disgraced and disfigured warrior rescued from the brink of death, presumed dead after his lord was abducted and his arm severed by a samurai leader of Ashina Clan. This shinobi awakes and discovers that his arm has been replaced by a prosthesis by a mysterious busshi who calls him Sekiro, the "one-armed wolf". Armed with a katana and the prosthesis, which allows you to install different tools and appliances, your purpose is to rescue your lord and take revenge.[1][2]

Sekiro: Shadows Die Twice features gritty gameplay with a focus on combat. Players can use vertical traversal, with head-to-head battle in a world filled with beautiful vistas, enormous castles, bizarre weaponry, and fearsome enemies. Players come face to face with larger than life foes. They will be able to unleash an arsenal of deadly prosthetic tools and powerful ninja with stealth.

Like several of FromSoftware's previous titles, it is a third-person action-adventure videogame with role-playing elements.[1] Despite being developed by FromSoftware, it has few of the traditional characteristics of this second genre: No character creation, classes, stat progression, or party elements.[2][3][4] Instead of grdually reducing the health points of a enemy, combat in Sekiro revolves around using your weapons to attack their posture, which eventually leads to an opening that allows a single lethal blow.[2]

The game also features stealth elements, allowing players to eliminate enemies immediately if they can enter their range undetected. In addition, the player character has the ability to use various tools to aid in combat and exploration, such as a grappling hook and a torch. If the player's character dies, he has the option to be revived in place under certain conditions instead of reappearing at previous checkpoints. [2]

Development of Sekiro: Shadows Die Twice began at the end of 2015, after the release of Bloodborne The Old Hunters DLC. [5] The video game was teased with a trailer unveiled during The Game Awards in December 2017, revealing its subtitle: Shadows Die Twice . [6] The full title of the video game was revealed during the Microsoft press conference of E3, on June 10, 2018.[7]

Hidetaka Miyazaki was confirmed as the game's director. The game would be developed and released in Japan by FromSoftware - of Dark Souls and Bloodborne fame - and published abroad by Activision. [8] The soundtrack would be composed by Yuka Kitamura.[9] See Music of Sekiro for more information.

At Gamescom, it was announced that the release date would be March 22, 2019. A collector's edition was also revealed.[10]

Sekiro: Shadows Die Twice shares elements of action and infiltration of the Tenchu ​​ saga, also developed in part by FromSoftware. In fact, it was initially considered a sequel to it, although difficulties in obtaining rights resulted in a different approach.[5] Miyazaki proposed combat changes that would capture the feeling of a "clash of swords", with fighters trying to create an opening in their opponents' defense to deliver the fatal blow.[2] The game was also built from the ground up as a single-player experience, who believed that multiplayer would impose unnecessary limitations on the game.[4]

The word "Sekiro" means "one-armed wolf" in Japanese, which refers to the situation of the player's character, while the subtitle "Shadows Die Twice" was originally meant to be used as a trailer tagline, Activision requested that it be used as a subtitle. [2] [11] Despite the fact that Sekiro is set during the real-life Sengoku period, there are no real people or historical places included in it. [12]

In addition to the full version of Sekiro: Shadows Die Twice, the Collector's Edition includes the following:

On Metacritic, SEKIRO: Shadows Die Twice received "universal acclaim" reviews on Metacritic and tagged as a "Must-Play" game holding a metascore of 88/100 on PC,[13] 90/100 on PS4. 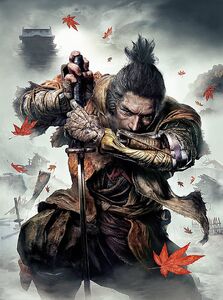 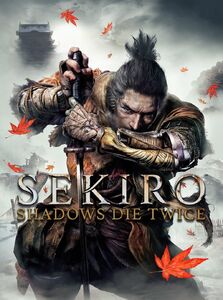