Defeating him is the only way to access Ashina Castle, where Kuro is waiting for Wolf to rescue him.

Oniwa was once the infamous leader of a group of bandits, but he was eventually defeated by Isshin Ashina, who impressed with Masataka's show of strength accepted him in his service as an Ashina Warrior.

He used to fight with his famous horn-spear that was also capable of pulling enemies in and stripping away crude armors, but it was broken during the rebellion and for that Isshin himself awarded Oniwa with the cross-bladed spear of his formal rival, General Shuzen Tamura.

The relic of his weapon will then become a respectfully guarded treasure inside a samurai gatehouse in Ashina Reservoir.

The manga "Sekiro Side Story: Hanbei the Undying" specifies that Masataka was also given the role of "minister of justice", reflecting his current title of Gyōbu (形部).

He would later become Genichiro Ashina's most trusted retainer and serve under him as the last line of defense against any trespasser who dares to approach the Ashina Castle Gate.

In addition to his previous attacks:

As this boss has to be tackled early on with relatively low Vitality and only a few charges of Healing Gourd, it's advisable to use both Ungo's Sugar and Pellets for a higher chance of survival.

It's possible to start off this battle with a lot of free hits, since when Gyoubu is attacked while introducing himself, he won't retaliate, but instead will just run past Wolf. This can be further capitalized on, by stunning him in place with Shinobi Firecracker before he charges away.

It's highly advised to take any opportunity to grapple onto him while he's perfoming his Turn Charge move to close up the distance with the boss and this can be further punished by unlocking the Grappling Hook Attack Combat Art. In addition, Gyoubu always follows this move with a Spin Around Swing, if Wolf is on his left side.

As mentioned before, it's also recommended to buy Robert's Firecrackers from the Memorial Mob after General Kuranosuke Matsumoto, since the Shinobi Firecracker will not only stun Gyoubu's horse for some time, but it will also damage his Posture significantly. It's important to note that this Prosthetic Tool has a cooldown, so using it in rapid succession will only affect the Posture of the Boss.

Gyoubu has also a low resistance against Burn and as such two blast of the Flame Vent are enough to proc it and stun him.

His attacks don't deal much Posture damage, so blocking an entire combo, just to counter-attack at the end is a valuable strategy.

He almost exclusively uses his Spear Swing attack, after performing a Double-sided Combo.

Gyoubu usually telegraphs his Perilous sweep attack by running away from Wolf and shouting one of his lines first: jump and grapple onto him to avoid the attack completely.

After taking a certain numbers of hits, Gyoubu will automatically become stunned for a short while before running away.

If he isn't stunned out of his Turn Charge attack, he might follow it up with a Perilous Drag or Frenzied Stabs.

When staggered by the Shinobi Firecracker, he'll now leave the stun earlier and counterattack with an overhead slam.

Both Sen Throw and Dragon Flash can deal a lot of Posture and Vitality damage to this boss, if the hit connects to Gyoubu directly and not the horse.

Upgrading to the Purple Fume Spark will also results in Gyoubu taking more Posture and Vitality damage, but the delayed explosion makes the execution window tighter.

Any spinning variant of the Loaded Umbrella can be convenient to deflect the Frenzied Stabs attack. 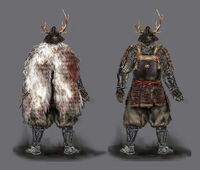 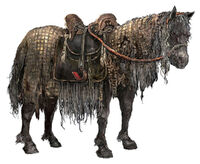