The Shinobi Prosthetic is the prosthetic arm used specifically by the Shinobi. It was created by the medical and mechanical genius Dogen, personally for the Sculptor of the Desolate Temple. After the Wolf lost his left arm after a battle with Genichiro Ashina, he was left unconscious (or potentially dead) and was brought to the Dilapidated Temple by The Sculptor. When he woke up (or resurrected with the power of the Dragon's Heritage), the Wolf found his lost arm to have been replaced by the Prosthetic. The Prosthetic was fixed and maintained, and given to the Wolf by the Sculptor. Resigned from his way as a shinobi, he saw no use for it, and passed it down to the Wolf. The Prosthetic's only use isn't to just replace a missing arm, but it can also be outfitted with various tools used to expand a Shinobi's arsenal, with some of these tools used in conjunction with the Wolf's Kusabimaru for added effect. These tools, excluding the grappling hook, require Spirit Emblems to be used.

The grappling hook allows Sekiro to get to higher points to scout or prepare for stealth maneuvers, and can be used in combat to pull enemies closer with a proper Prosthetic Art. It is usable after receiving the Prosthetic.

Clicking an item will lead to that item's page. 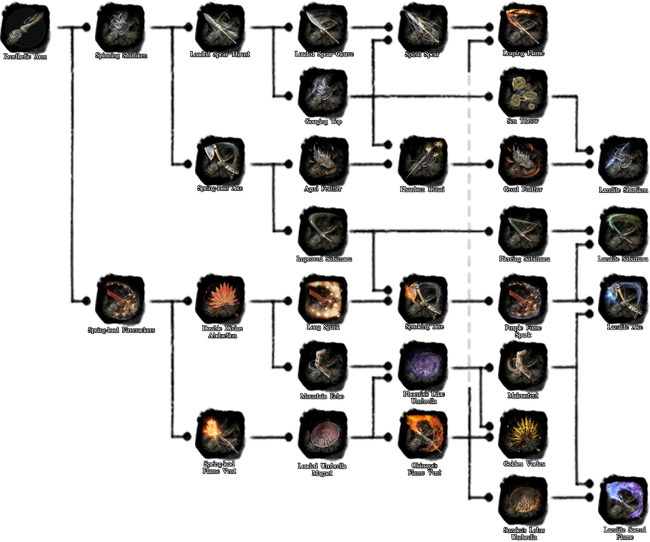 Grapple Hook in use

Kunai Used in the Grappling Hook

The Arm in the Ending